National unemployment rate hovers at 3.5% to 3.7% since March, according to latest government figures.

Health care was the second leading sector in adding jobs in November, according to the latest figures from the U.S. Bureau of Labor Statistics (BLS).

The November unemployment rate held steady at 3.7% as total nonfarm payroll employment rose by 263,000 jobs. Other notable gains occurred in leisure and hospitality and government, while employment declined in retail trade and in transportation and warehousing, the BLS report said.

The national jobless rate has hovered in the 3.5% to 3.7% range since March and the number of unemployed adults essentially was unchanged at 6 million for November, the report said.

Construction employment continued trending up in November with a total of 20,000 jobs, including 8,000 jobs in nonresidential building. Construction has added an average of 19,000 jobs per month thus far this year, little different from the 2021 average of 16,000 per month, the BLS report said.

Manufacturing employment added 14,000 jobs in November. Job growth has averaged 34,000 per month thus far this year, little different from the 2021 average of 30,000 per month, according to BLS.

Financial activities employment in continued its upward trend, adding 14,000 jobs last month. Job gains totaled 13,000 in real estate and rental and leasing and 6,000 in securities, commodity contracts, and investments, but those were were partially offset by a decline in credit intermediation and related activities, which lost 9,000 positions. Employment in financial activities has increased by an average of 12,000 per month thus far this year, the same as in 2021, the BLS report said.

Retail trade declined by 30,000 jobs in November. Job losses in general merchandise stores (-32,000), electronics and appliance stores (-4,000), and furniture and home furnishings stores (-3,000) were partially offset by a job gain in motor vehicle and parts dealers, which added 10,000 jobs. Retail trade employment has fallen by 62,000 since August, according to BLS.

Employment in transportation and warehousing declined by 15,000 in November and has

BLS reported a number of categories showed little to no change month-to-month in November, or for the year. 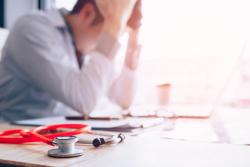