Achieving racial and ethnic diversity will require a sustained and multifaceted approach to increase the numbers of medical school applicants and students, they said.

Creating and expanding medical schools “that prioritized the education of Black, Hispanic, and other underrepresented students would not only decrease the overall physician shortage, but also shorten the time required to attain a representative physician workforce and help mitigate the societal harm inflicted by decades of structural racism,” said the research letter published June 1 by the journal JAMA Network Open.

The study compared the self-reported racial and ethnic characteristics of the U.S. population with the U.S. physician workforce, for the years 2010 to 2015, based on the U.S. Census and data from the Association of American Medical Colleges. That organization has published a projected total physician racial and ethnic representation deficit between 37,800 and 124,000 physicians by 2034.

Based on those groups’ representation in the population, researchers expected 174,307 Hispanic doctors and 127,490 Black doctors. They calculated deficits of 113,758 Hispanic and 81,358 Black physicians, the study said.

They noted the study did not account for future trends in national demographics or immigration, which could underestimate the time to reach a representative workforce, or possible changes in the numbers of medical school and residency training positions available. 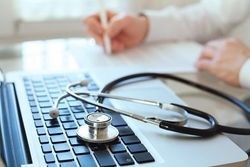 Most men feel healthier than most other men, so they skip primary care appointments 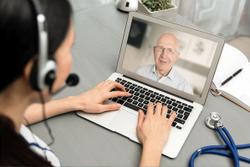