Coronavirus: Majority of public say they’re likely to get vaccinated

A survey has found an increase in the share of the general public willing to receive a COVID-19 vaccine.

As millions of COVID-19 coronavirus vaccine doses are distributed across the country, a new survey from the Kaiser Family Foundation has found that the general public is becoming more receptive to receiving the shots.

According to the COVID-19 Vaccine Monitor for December 2020, 71 percent of respondents say they would definitely or probably get a COVID-19 vaccine if it was deemed safe by scientists and was available for free on demand. This is up from 63 percent reported in a September survey and is an increase across racial and ethnic groups, as well as among Democrats and Republicans.

The public continues to place their trust in their personal doctors with 85 percent of respondents saying they trust them at least a fair amount when it comes to information on COVID-19 vaccines, the release says.

Other key findings of the survey include: 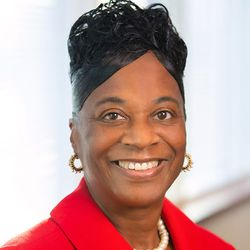