Dr Bernard was a National Health Care Scholar and served at a Federally Qualified Health Center in Immokalee, Florida for six years after her residency. She then worked for a large out-patient hospital group before opening her own practice, which she con

The next time you're running late, remember this advice.

In my previous practice, I routinely ran an hour or more behind schedule. It seemed like no matter how carefully I tried to schedule patients and manage my time, I would inevitably find myself falling more and more behind as the day progressed.

Running late was a huge source of stress and anxiety for me.  In my rush to move on to the next patient, I would often delay finishing my notes until the end of the day, at which time I would be faced with an hour or more of charting, which created even more discontent.

The reasons for running late were legion-sick patients being crowbarred into the schedule, people showing up for their appointment late, technology problems slowing down the system. But more often, the reason I ran behind was because patients just seemed to need a little more time than my schedule allowed.

This could be because a patient had multiple concerns, were recently diagnosed with a very serious disease, or because they needed longer to explain their medical history. Sometimes it was because the patient was lonely and wanted to chat.  Occasionally it was my own fault when I allowed small talk to devolve into a lengthier discussion, or when I became intrigued with a patient’s fascinating life story.

As I discussed my dilemma of always running late with psychologist Steven Cohen, he suggested something that I had never considered: “Try starting your visit by telling your patient how much time you have scheduled for them.”

The idea of telling a patient how much time you have scheduled for them may seem strange or even a bit rude at first.  But if done with empathy, most patients are happy to have this additional insight which allows them to stay organized and focused on their most important concerns.

How do you tell patients how much time you have?

After you have entered the exam room and greeted the patient, smile and say warmly, “We have fifteen minutes together, and I’m really looking forward to hearing about how you are doing.”

Simply stating the amount of time that you have together, with empathy, starts the clock ticking in the patient’s mind, and allows them to organize their concerns.

This technique works particularly well with patients who are very talkative and helps them to minimize tangents or small talk that doesn’t directly relate to their medical concerns.

In addition to stating the amount of time scheduled, it is useful to keep a clock in sight of both the doctor and patient, since not everyone is good at self-assessing time.  By displaying a clock, patients are better able to manage their visit time, presenting important information early in the visit and winding up their concerns as the end of the visit approaches.

As the visit progresses, you may need to update the patient with the amount of time remaining.  “We have about five minutes left.  Is there anything important that we haven’t covered yet?”

At the end of the visit, simply say, “I really want to hear more about your other symptoms, but unfortunately, we are out of time for today.  Let’s schedule another appointment so that we can give your concerns the time they deserve.”

In the psychology model, patients are accustomed to visits wrapping up this way, even though psychologists are often dealing with complicated psychosocial issues.   The key is that patients know that they will be able to pick up the dialogue at the next visit-which is sure to be on time.

As physicians, we need to accept that we simply can’t accomplish everything in one visit.  Primary care is about building relationships and developing long-term strategies for health over time-and it’s good for patients, with studies showing that continuity of care reduces mortality.

We must remind patients that just because today’s visit is up doesn’t mean that care is over.  There is always “next time” to continue the discussion.  And if you are usually running on time, patients will be happier to schedule that follow-up appointment.

Rebekah Bernard MD is a family physician in Fort Myers, Florida and the co-author of Physician Wellness: The Rock Star Doctor’s Guide. 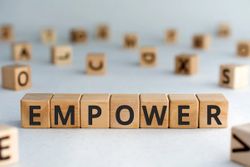 To solve the COVID-19 pandemic, we must empower primary care physicians and pharmacists