ACP 2019: Talking to patients about cost of care

Doctors know that growing numbers of their patients are having difficulty paying for their healthcare. Even so, many doctors are reluctant to bring up the question of care costs, due in part to concerns that they won’t have any solutions for patients who can’t afford the care they need.

Helping doctors become more comfortable holding cost-of-care discussions was the goal of the session, “How to Talk to Your Patients about the Cost of Their Care” at the 2019 ACP Internal Medicine Meeting, held last week in Philadelphia. And it’s increasingly important that they raise the subject with patients, says C. Jessica Dine, MD, FACP, associate professor of medicine in the division of pulmonary and critical care at the University of Pennsylvania’s Perelman School of Medicine and one of the session’s speakers.

“Out-of-pocket costs are increasing to the point where it’s affecting patient care, which means it has a direct impact on outcomes,” Dine told Medical Economicsprior to the start of the meeting. For example, some of her pulmonology patients use their inhalers less often than prescribed so as to make the medication last longer, with adverse long-term health consequences.

In addition, she notes, cost considerations need to include indirect expenses associated with receiving care, such as taking transportation to the physician’s office and taking time off from work. For example, her patients often require chest imaging or other tests before seeing her, so they have to miss two work days if those can’t be scheduled on the same day as their appointment with her.

Many practices have someone other than the doctor screen patients for cost concerns, but Dine prefers to do so herself. “Most of my patients are actually relieved when I bring it up,” she says.

The good news is that doctors don’t have to have all the solutions for their patients’ cost concerns. But it is important to know that cost could be a problem, so the physician and patient together can figure out alternatives. One possibility is to develop a care plan that, while perhaps not optimal from a medical perspective, is one the patient can afford. “Coming up with a less expensive plan “B” is better than doing nothing,” Dine says.

Dine adds that doctors need to be aware of their own biases when approaching cost-of-care discussions, since it’s not always apparent for which patients costs are an issue. “I would caution health professionals to screen everybody so as to remove any implicit bias as to who might be struggling,” she says.

Dine notes that the ACP offers a variety of resources on its website to help doctors, such as suggestions for ways to raise and discuss care costs with patients, as well as tools for estimating costs when developing treatment plans.

While some physicians fear that cost discussions will reduce the time they have to address patients’ medical issues, Dine says most studies show that most such discussions average only one to three minutes. “We’re not talking about a lot of time, and these conversations have such a huge potential impact on patient outcomes that we have to do it,” she says. “The healthcare costs patients have to shoulder nowadays is just too big for us as physicians to ignore.” 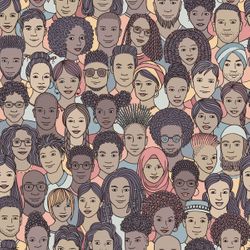