Nearly one-fourth of physicians use social media on a daily basis to scan or explore medical information, according to a recently published study.

Nearly one-fourth of physicians use social media on a daily basis to scan or explore medical information, according to a recently published study in the Journal of Medical Internet Research.

The researchers behind the study set out to examine physicians’ level of social media usage for the purpose of exchanging advice, ideas, reports, and scientific discoveries with other physicians.

The study was based on emailed survey responses from 485 primary care physicians (PCPs) and oncologists, and it had a response rate of 28%.

They found that, whereas just 24% of physicians use social media to “scan or explore” on a daily basis for those reasons, that number jumps to 61% when measured on a weekly basis.

Physicians who use social media to “contribute,” rather than merely scan information, stood at 14% daily and 46% weekly.

In terms of what social media applications physicians are using, “restricted online communities” such as Sermo and Ozmosis were the most popular, at 52%. Somewhat surprisingly, Twitter scored much lower, with a 7% usage rate. Facebook was in the middle at 19%.

“Respondents might see online communities as a less-risky and higher-quality source of medical knowledge than more broadly open social media applications such as Twitter, LinkedIn, or Facebook,” the authors theorized.

Interestingly, PCPs and oncologists report different underlying reasons for social media use. Oncologists were more likely to be motivated to use social media “out of a sense of personal innovativeness,” such as the need to stay on the cutting edge of science or clinical practice, the authors said.

PCPs, in contrast, were more likely to be motivated by a need to have access to and be influenced by peer physicians.

There’s no shortage of physicians on the Internet who sing the praises of social media.

One example is Mike Sevilla, MD, a family physician and prominent social media enthusiast near Youngstown, Ohio, who has been a blogger since 2006 and is active on Twitter and Facebook. He currently blogs at Family Medicine Rocks.

"It's been really gratifying," he told Medical Economics in 2010. "When I get an email or message from someone in India or somebody [else] across the world liking what I'm doing, that really shows me how small this world is and the impact I can have on people who aren't even in this country."

Of course, the utility of social media to physicians is open to debate. One notable skeptic is Dike Drummond, MD, who authored an article titled “Healthcare social media is a waste of time for most doctors” at his Happy MD blog. 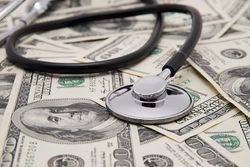