What to do about bitcoin

After Biden's executive order, is it buy, sell, or hold?

Editor's note: Subscribe, or renew, to the Medical Economics® eNewsletter
to receive 50% off your first-year subscription of Seeking Alpha Premium!

The Biden administration issued an executive order on March 9, 2022, outlining its objectives for the responsible development of cryptocurrency. Brookings described the order as “non-controversial.” But five years ago, it wasn’t certain whether Western governments would even tolerate digital assets. Today, they overwhelmingly allow them, subject to the same tax and legal framework as property. While the order shouldn’t cause any dramatic changes to crypto, it shows how far the world has come in a short period of time. Even pro-sports leagues are getting in on the action, aiming for ways to issue their own cryptocurrencies.

The U.S. Treasury likely had a legal opportunity to tax crypto as a collectible (at a higher 28% rate) as it does gold and art, but it didn’t. In college, one professor taught us how the media and popular culture tended to assimilate new ideas that were a threat to it, as did the government. Dislike the people in power? Great, we’ve got some rock albums and T-shirts you can buy for $19.99 a pop!

Bitcoin (BTC-USD) was envisioned by some of its early supporters as a tool that could completely upturn the political system. The political establishment has dealt with bitcoin not by outlawing it but by allowing regulated exchanges where people can speculate on the price and pay huge amounts of short-term capital gains tax to the government. I think this is actually a reasonable approach; I don’t know if I would want to live in the anarcho-capitalist world that some early bitcoin supporters envisioned. What bitcoin does do amazingly well is allow for a store of wealth that won’t be affected by the lousy political decisions of various central bankers.

How will the executive order affect bitcoin?

The key takeaway from the Biden administration’s executive order is that crypto is here to stay. The Feds don’t want people laundering drug money with crypto, they don’t want oligarchs evading sanctions with it, and they want the tax situation for domestic investors to be equal to other asset classes, not better or worse. The order also directed the Federal Reserve to research a central bank digital currency, but I’ve yet to see any compelling use for one, so researching is probably all it will do.

Biden’s executive order on crypto is interesting in light of the ongoing campaign to get the Grayscale Bitcoin Trust (OTC:GBTC) approval to convert to an exchange-traded fund (ETF). The SEC solicited comments last month from the public on the ETF conversion. Over 2600 people have written in, with the overwhelming majority in support (I wrote in, too; here’s mine). There are still issues that might need to be worked through before the first ETF approval, but with the support of the public, I’d imagine that it’s a matter of “when,” not “if,” and that the regulatory framework will develop so people can invest easily in bitcoin with exchange-traded products without fear of losing their keys or getting hacked.

There also are interesting new developments such as El Salvador’s push to sell bitcoin-linked bonds (a gimmick, but it’s smart). Also, both sides of the war in Ukraine have used bitcoin to help their efforts. I don’t see any real negatives with bitcoin here other than that it’s a neutral store of value a lot like the dollar with respect to moving money in and out of warring countries. It’s not really optimal for people to burn coal to mine bitcoin either, but the world is already taking steps to address this.

2022 has shown that Bitcoin is clearly a risk asset and it isn’t immune to the changing risk appetites of traders. Going forward, I would expect crypto to be more correlated with stocks than it was in the past. In the long run, the fundamentals for bitcoin remain sound with increasing adoption and nearly endless potential for people in developing countries to put their savings in something that won’t lose value because of the actions of their central banks.

I’m bearish on the NASDAQ (QQQ) and on the market in general right now because of the unwinding of stimulus and what I believe are unrealistic earnings expectations. Whether this remains a correction or develops into a bear market is yet to be seen, but bitcoin is likely to see some short-term pressure. I do expect bitcoin to challenge its all-time high this year, but the equity markets falling could slow this process down to a crawl. Bitcoin has been range-bound between roughly $30,000 and $60,000 for the last year.

Is bitcoin now a buy, sell or hold?

One way of thinking about asset classes was developed in the Black-Litterman model by the late Fischer Black (who also created the Black-Scholes model) and Robert Litterman, then quant strategists at Goldman Sachs. The idea is to match the global market-cap weight of assets as a starting point and then increase or decrease your allocations based on your opinions of what is likely to return well.

Bitcoin now represents between 0.5% and 1% of global assets, so that’s the starting point under this model. Then there are graphs that tell you how much to invest based on your return assumptions.

The trends suggests an allocation somewhere between 0.5% and 10% based on how optimistic you are on bitcoin. Also note that the model suggestion is also to rebalance some of your gains into other asset classes if crypto skyrockets. You could also certainly hold onto the bitcoin and not rebalance, but you don’t want to be all in on one asset class. It’s a first-world problem to have when you’ve become concentrated in one asset because it’s gone up so much, but it’s not mathematically optimal from a risk-management standpoint. I’ve seen both approaches with people who got into crypto relatively early and made a bunch of money but would prefer diversifying at this point.

I’d say if you don’t own it, bitcoin is a buy, and if you do own some bitcoin in the recommended range and your position matches up with the return expectations above, then I’d hold it. GBTC is my favorite vehicle for owning bitcoin at the moment. 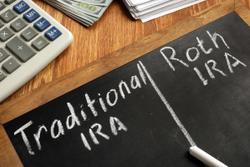 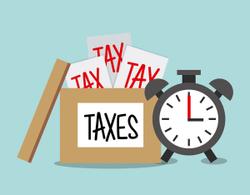 When taxes are too high: Are you maxing out your retirement contributions?